The CrossFit Open 2014 is fast approaching. And, I have signed up, but now have to sit out.

It sucks. Big time. Not that I ever had any chance of making the Mid-Atlantic Regionals… I am not that deluded. But, the Open is a wonderful test of your fitness level, your fitness improvements, and another opportunity to participate in the CrossFit Community.

In 2013, I had just recovered from slicing the tip of my right thumb tip clean off. I even attended my Level 1 Certification Seminar with it splinted and bandaged. It healed just in time for the Open.

Fast forward to April 2013… I joined a co-ed indoor flag football team with other members from my CrossFit box (CrossFit Chronic). That was not my wisest decision. I have never played football and didn’t even understand the rules. I broke my left ring finger at the distal phalange (exactly where the tendon attaches) and the intermediate phalange. Note to self: don’t try to catch a football thrown by a semi-pro football quarterback. This means I cannot make a tight fist. Holding onto a barbell, hanging from a pull-up bar, swinging a kettlebell, climbing a rope or flipping a tire –pretty much anything requiring grip strength is a struggle. This injury took over 12 weeks to heal. Mainly because I kept trying to WOD. The orthopedist finally told me to stop… I think I freaked him out a bit. I was, admitted by him, his first CrossFit patient. He did not know how to respond to my concerns about dead lifting or pull-ups. Let me add that 8 days after breaking my finger I went to the box and decided that I would instead run a few miles. I was 600m into the run when I ungracefully avoided a rock in the road by tripping on my own shoelace and sliding across the blacktop. I got up from that fall brushed myself off, took a mental check of my body, and took off running to finish the run. When I returned to the box, I received many incredulous stares due to my bloody knees and disheveled appearance. I noticed that my right big toe was throbbing. Yeah, I broke it. So, now I have a broken finger and a broken toe. 3 weeks later I teamed up with another injured coach to complete Murph, a Memorial Day WOD in honor of a fallen Navy Seal. This was definitely part of that “taking forever to heal” issue.

Fall 2013 was a time for healing and recuperating for me. I pretty much started over in CrossFit. This is tough to do when you are experienced… I lost strength and my endurance/stamina suffered greatly.

Fast forward to 2014… My big toe doesn’t really bend –at all– but I can still do most things. My finger is no longer broken, but I have lost a great percentage of my grip strength. It still hurts and I am still working on getting back to many of my 1RM in Olympic lifts. Now, I am having hip, low back, and pubic bone issues. When I had my second son in 2006, I decided to jump right back into running at just two weeks postpartum. Once again, not a wise decision. At two weeks postpartum, the pubic symphysis (a midline cartilaginous joint that connects the right and left pubic bones in women) has not returned to its pre-pregnancy state. Meaning: it is soft and susceptible to dislocation. I basically messed up this joint causing me to compensate with my lower back, gluteal muscles, and adductors during squat movements.

What does all this mean to me?

The good news is that I am being very proactive and aggressive in my journey towards healing this problem. I am utilizing Chiropractic care (in my husband’s office, not the house ottoman), my colleague at the box is providing some Sports Therapy and Modality treatments, I have reincorporated yoga 2-3 per week, and have a love-hate relationship with a foam roller and lacrosse ball.

The bright light in all this… Injuries give you a window into how your body is working. I always wondered why my back squat was weak and why overhead squats and snatches were so difficult. This hip/pubic issue was in place before I started CrossFitting, but CrossFit exposed this weakness and injury. It brought it to my attention. Although, an email would have been less painful and preferred.

So, I’m kinda glad I have to work through this injury, but it’s been a rough year of injuries and I’d just like to be better. Please. 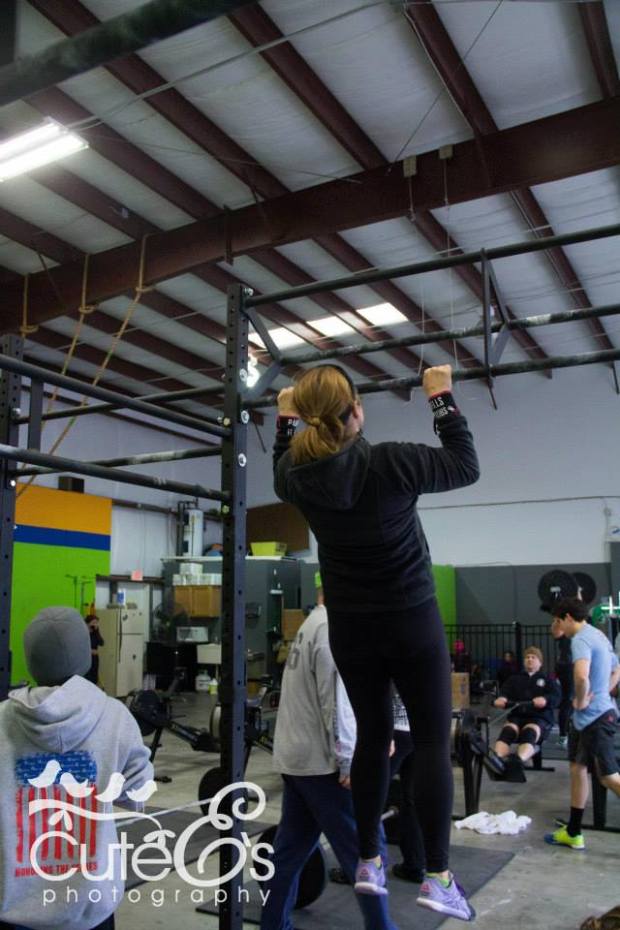 So, I guess I am done whining –for now, until I have to roll out and stretch.

How are you preventing the flu and other common colds & viruses this season?

I know what I am doing… and it does not include any flu vaccinations. The one and only time I got the flu vaccine was my first year as a public school teacher. And guess what? Yep, I got the flu. Have I mentioned that I do not like to puke –at any cost. So, suffering through the flu after getting the vaccine was not cool.

The flu vaccine from 2012 only prevented strains from Influenza Type A & B. This only represents a small number of circulating viruses – about 10%. I am not a statistics major by any means but this low percentage doesn’t add up for me. With this low percentage, there is not a huge value to the public. It does not greatly impact the number of people hospitalized by the flu or lower the number of work days lost to the flu. Just research the adverse effects of the Tamiflu.  Dr. Mercola states, “However, some patients with influenza are at increased risk for secondary bacterial infections when on Tamiflu, which of course would defeat the plan of being able to jump out of bed a day sooner. Furthermore, adverse events reported include pediatric deaths, serious skin reactions, and neuropsychiatric events, including suicide committed while delirious…” Yikes! The most important lesson here is to do your research and carefully weight the risks and benefits from any vaccination or medication.

After weighing the risks and benefits for my family and I, clean eating and essential vitamins/minerals are the way we will avoid the flu and other colds this year.

Here are some easy things you can do at home to avoid the flu:

Even old pugs know the value of Vitamin D uptake!!

What I’m Posting About

"Do not wish to be anything but what you are, and try to be that perfectly." Saint Francis De Sales
MidwifeThinking

Dotal Anecdotes: Life as a Wife